Fevas for the over 50s

This was a chance for the Club's women sailors to try out our Feva dinghies in a friendly social setting. It was held on Monday 5th August 2019 with a start time of 14:00 with HW at 15:41 (4.6M). Winds were 4-5 but everyone sailed and had a great time. Some pictures from this action packed day below and here is Anita's report:

"Feva Fun" Anita's report after an action-packed afternoon of sailing

On the water, lifetime friendships are made and it is those experiences that bind us women together. Jac Mavity, Nina Haigh, Caroline Goddard and I met as 12 year olds down in the creek over 50 years ago. We have remained great friends and sailed together countless times.

Another brilliant bonding on the water occurred on Aug 5th at West Wittering Sailing Club. Frances Simpson, Jan Ramsay, Tina Turner, Caroline Goddard, Angela Arnell-Smith, Lucy Powell, Mary Harris and Anita Russell took to the water ably assisted by the wonderful Anna Turner and her sister Alys, without whom we could not have run this event and certainly would not have felt so safe.

A chance was given to the older and more experienced female club members to try out the Club's Fevas in quite challenging conditions.and they responded with enthusiasm and a sense of adventure, seeking to extend their sailing knowledge and experience in the best way possible.

Thanks to Anna and Alys Turner, our Feisty Feva Females over Fifty event was a roaring success. Three Fevas and a Pico took to the white capped waves with gusto. A force five SW wind was expected and, yes, it surely arrived. A sunny sky and large Spring tide set this day off to perfection.

These eight brave and intrepid women arrived. Initially slightly concerned, they all embraced the spirit of the day and left beaming from ear to ear! Anna and Alys were on hand to encourage, rig, advise, keep an eagle eye, rescue and laugh. Much laughter ensued all day as at least three boats capsized. Some more than others!

Caroline Goddard and I had some hilarious adventures. I had never sailed a boat with a mid-boat main cleat, so apparently I face the back when tacking (instead of forwards). So I got a bit tangled up as we went around and very soon we were over. As we were not far from the outer reaches of the creek and the wind was kindly taking us that way, we waited for the shore before taking off again. Getting in from the water afloat is not easy . We then let the jib flap prior to going about each time and this made for an easier turn and a good safe hour of screaming reaches in wind gusting up to twenty knots ensued.

It was then Anna suggested we fly the kite. Caroline was almost game but needed just a little further persuasion. With skill she raised the kite and for one brief but glorious moment we flew towards Itchenor before spectacularly tipping over. The rescue boat had my camera aboard and took a series of hilarious photos.

After the capsize, we managed to get the boat upright but I found it hard to get back in. As the oldest there, my mind seemed to be working better than my body. So I hung onto the back whilst Caroline steered us to Ellanore. It was actually quite far away and I had a continuous ducking as Caroline valiantly steered us to safety. Or so we thought!

We had some difficulty getting the centreboard up and in the high wind and struggle I got thrown onto the stones with some force. With my leg and elbow bleeding we took off again and made a course for home.

Returning to the harbour was exhilarating with the wind allowing us a fabulous exciting reach, with glorious speeds we never reach in our Scows.

Filled with screams of glee and much hilarity, we continually scrambled to keep ourselves steady, and thought we were home and dry! The Fevas are quite tippy and we were on the light side.

Everything had gone brilliantly until our last tack in the creek, just yards from the shore. We went about swiftly in the last stretch of the creek and suddenly capsized, I was thrown out and landed with some force whacking my ribs on the boom. Ouch! We should not have tried to be so clever and just walked our boat the last stretch!

We arrived back to a melee of adrenalin pumped gals, telling their tales of joy at having pushed themselves a little out of their comfort zone but always with Anna in the rescue boat ready to assist.

What a fabulous opportunity to give the rather adventurous Women on the Water a fun day out.

A few bruises perhaps but also pleased as punch.

We will be having a gentler, sociable sail for absolute beginners on the 22nd August see here

I assure you Women-on-the-Water will have an emphasis on calm, gentle sailing, camaraderie and a chance to experience what the club and the harbour can offer our new "Women on the Water". 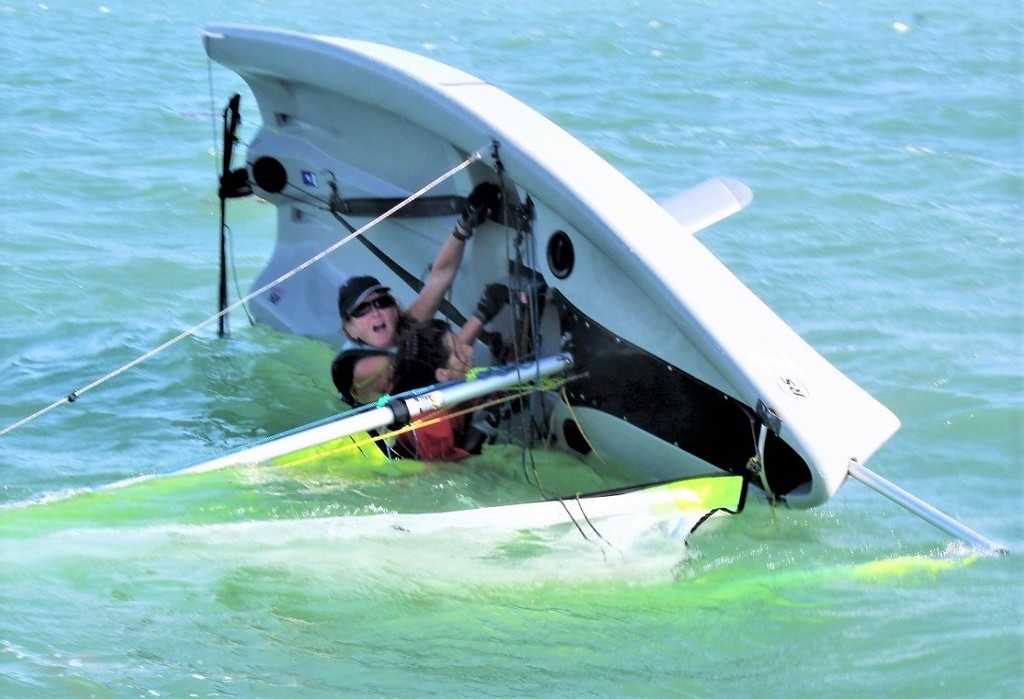 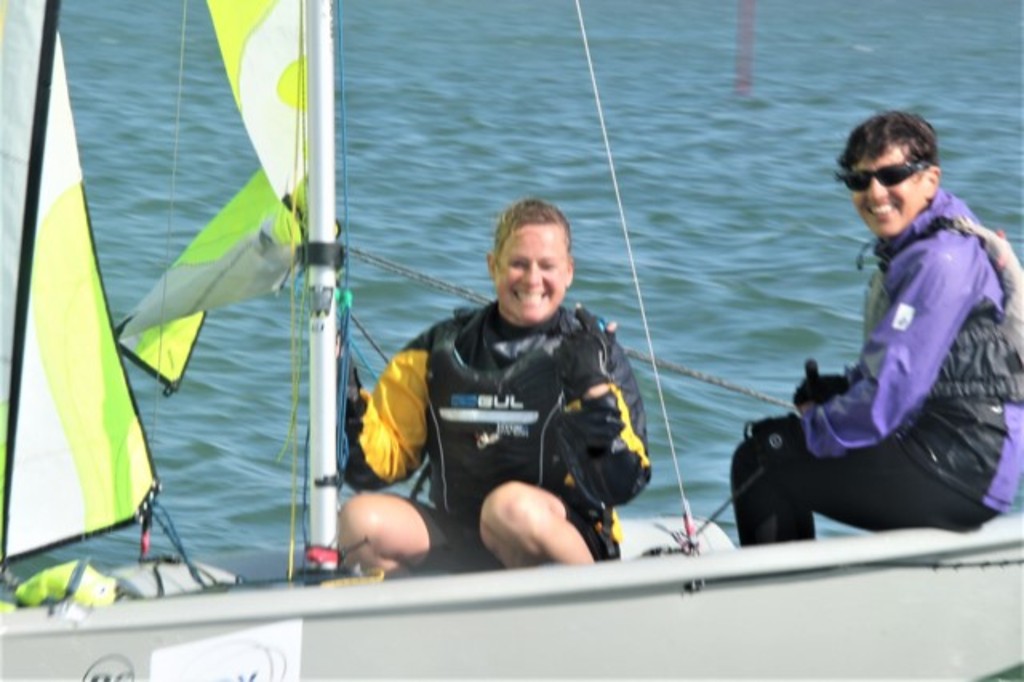 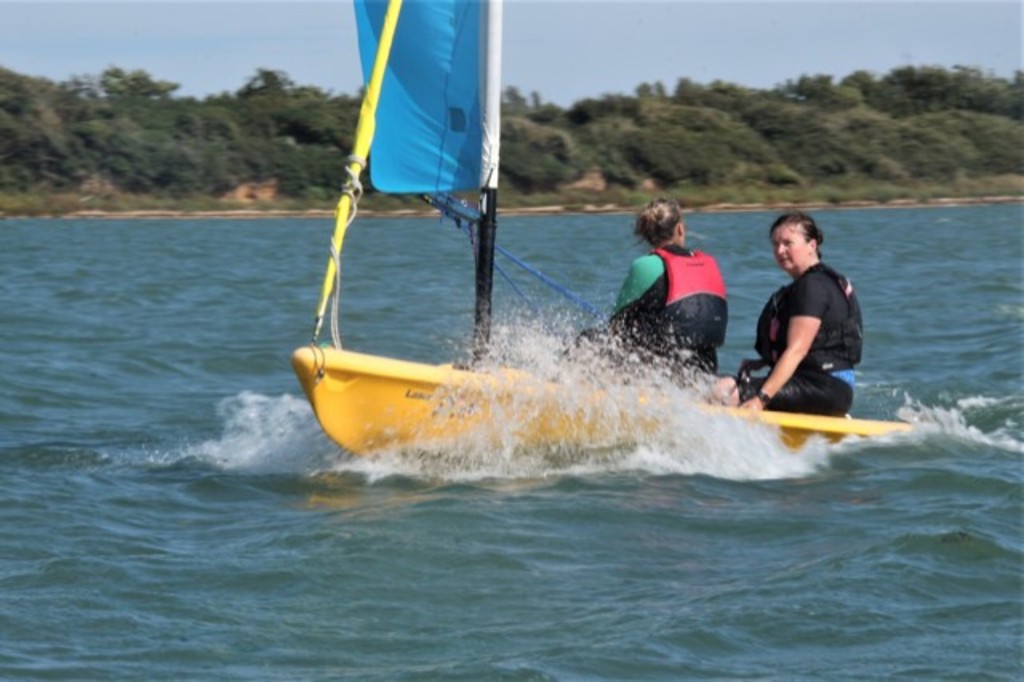 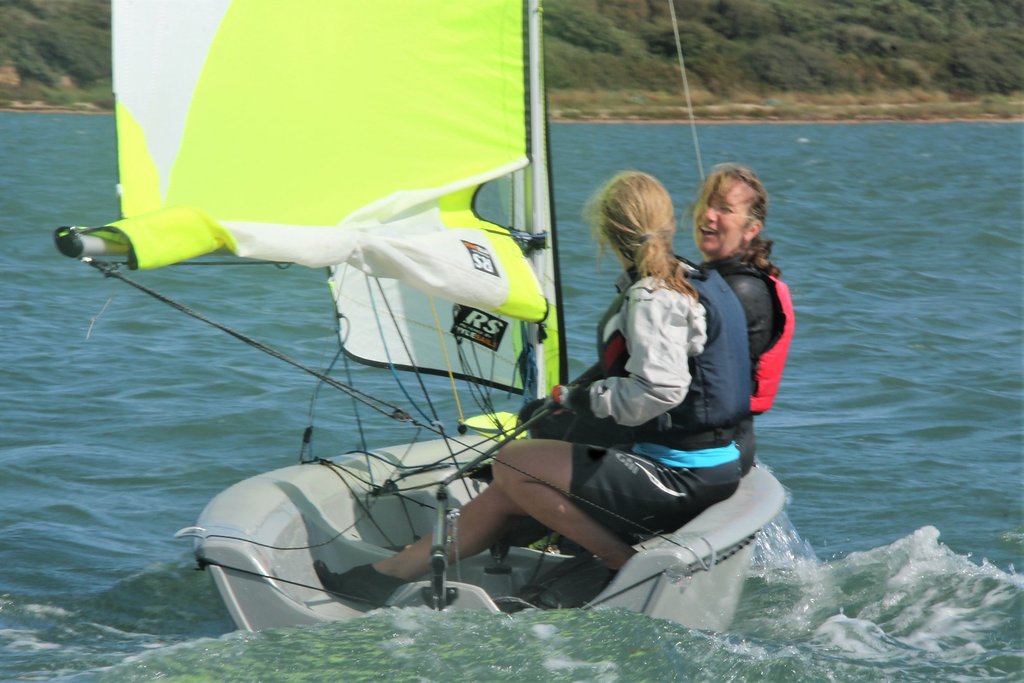 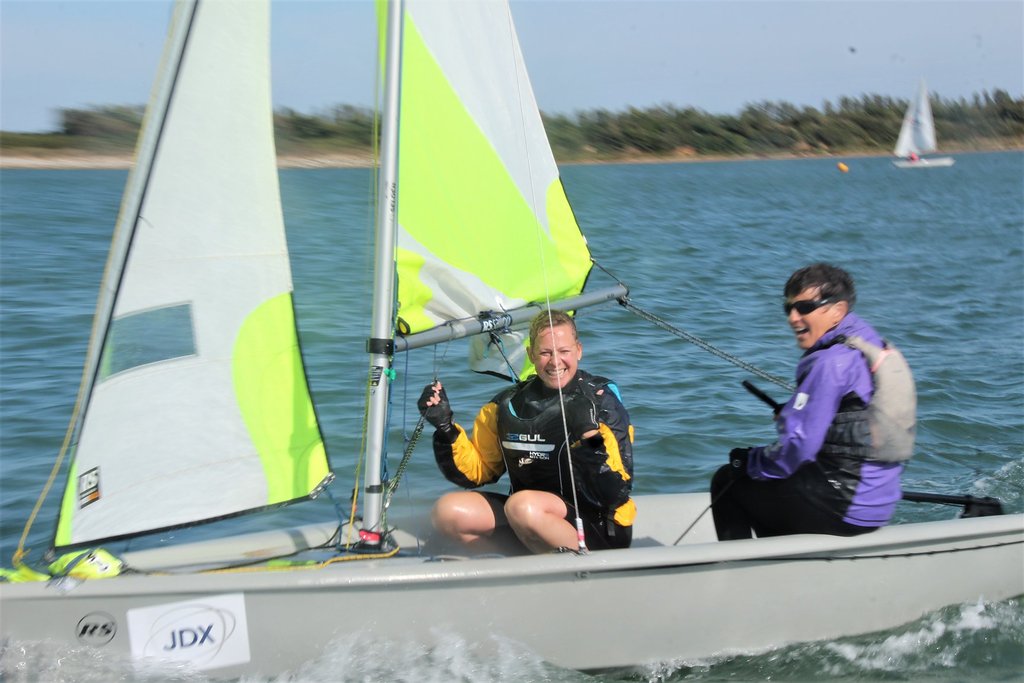 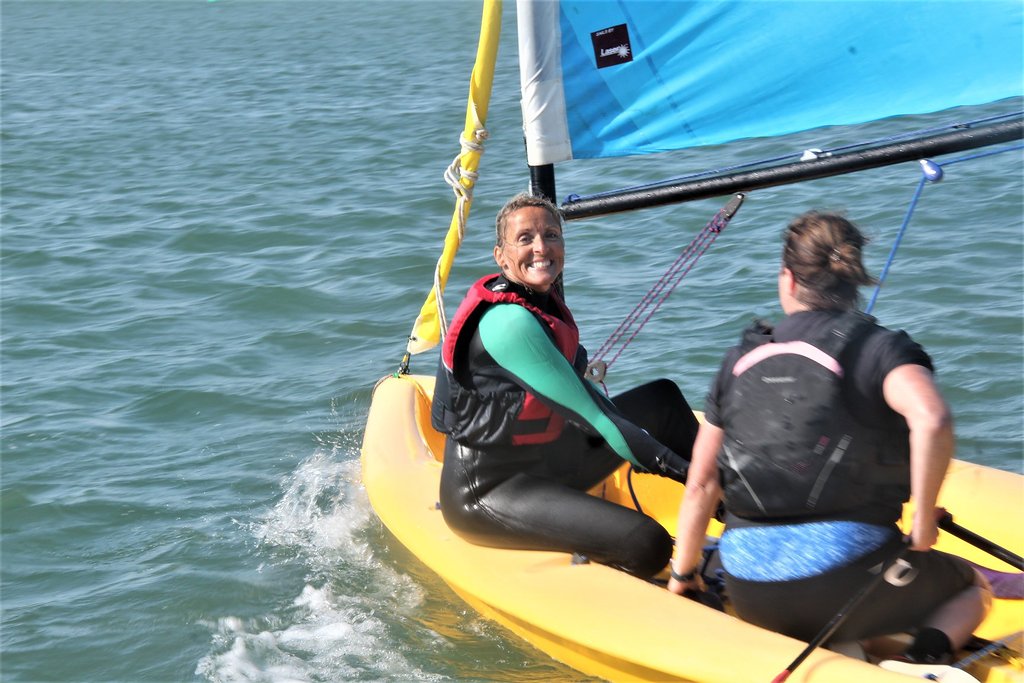