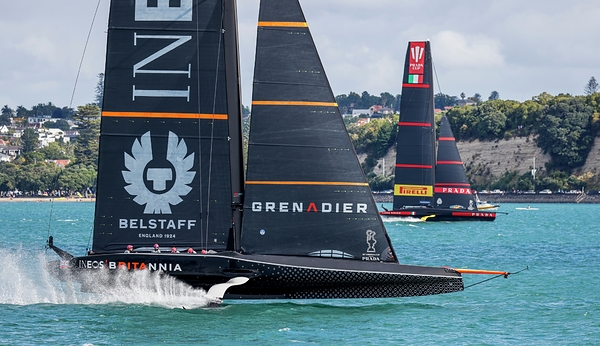 So the result wasn't what we all hoped for. But few sailors who watched the 8 races cannot have marvelled at the skill of the two crews and the sight of the two 75-foot foiling monohulls sailing both upwind and down several times faster than the prevailing wind. The tacking duels and starting tactics were also not so different to what we see in WWSC races with lessons for us all. So here's to next time!

We will leave David Swayne's piece below for you to read.

AMERICA'S CUP and why we should all be excited, by David Swayne

In 1851 the Royal Yacht Squadron paid £100 for a silver cup for a race round the Isle of Wight. The radical schooner AMERICA was in the fleet, a massively expensive yacht financed by a syndicate in New York and sailed across the Atlantic for the race, starting in Cowes. AMERICA was a clear winner. Queen Victoria watched the finish and when she asked who was second the response was "Madam, there is no second" which proved to be the case for 132 years. 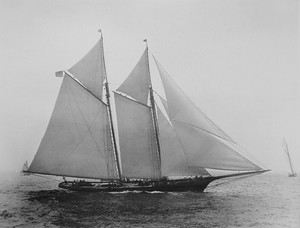 The victory was a massive boost for the fledgling democracy of the USA. AMERICA (pictured above) was sailed back to New York to a heroes' welcome, and the trophy given to the New York Yacht Club under a Deed of Gift as "a perpetual challenge cup for friendly competition between nations". It was named America's Cup after the winning schooner. The trophy remained in the New York Yacht Club until 1983 when it was won by Australia. 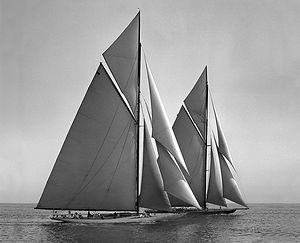 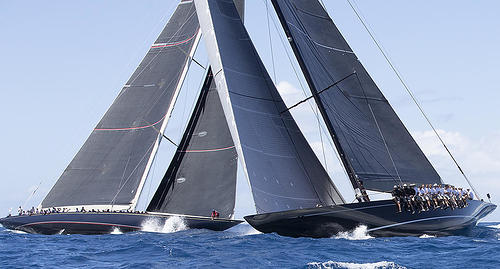 There were 24 challenges before Australia's victory and the author is of an age to be aware of the incredible J Class races of the '30s involving Thomas Lipton and Thomas Sopwith, but actually witness the excitement of the '50s and '60's when 12 metre yachts contested the trophy, one of which was helmed by Peter Scott. The winning AUSTRALIA 2 in 1983 pushed the bounds of technology with the use of a secret winged keel lifting the hull out of the water for greater speed, a marker of things to come. The cup then returned to the US and has had a short spell in Switzerland, unusually for a country with no maritime tradition. Then, never to be outdone when there's a chance to beat Australia, New Zealand mounted a challenge and won, affording us a strong local connection as the late Peter Blake from Emsworth led the challenge and became "Mr. Auckland". A rejuvenated Auckland is where the cup now resides, and how it got there would command more column inches than a WWSC web page can afford. 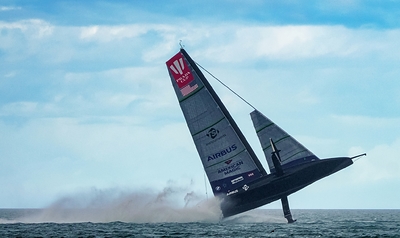 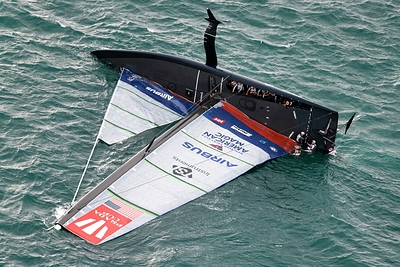 So, Auckland is where the cup resides, and now, after the US challenger PATRIOT failed to recover from a disastrous capsize (photos above), Ben Ainslie's BRITANNIA is in the final of the "Prada Cup" to decide who challenges NZ. 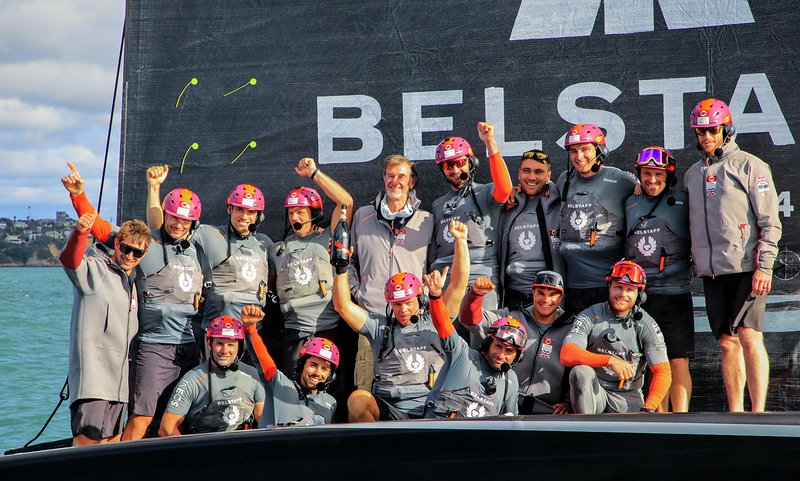 The races against LUNA ROSSA of Italy start on February 13 th in a best of 13 series. Why, indeed, should we be excited? There are signs of the re-emergence of the dirty tricks and legal challenges which have traditionally dogged the America's Cup, but, on the water, the contest between LUNA ROSSA and BRITANNIA will be gripping and the author, for one, will be following it on YouTube because:- 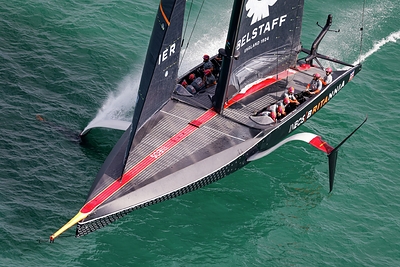 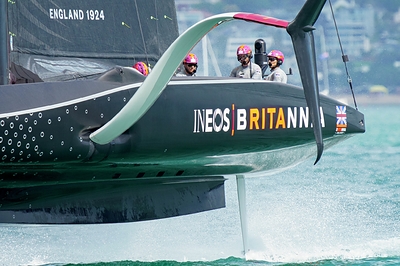